Two of my Coastal Collages were used on the set of the popular T.V. show “Portlandia.”
I submitted my art last fall for consideration, and recently learned that they were selected to be used in Season 7, Episode 9, “Passenger Rating.”

Here is a screen shot of one of the scenes in which the art appeared. 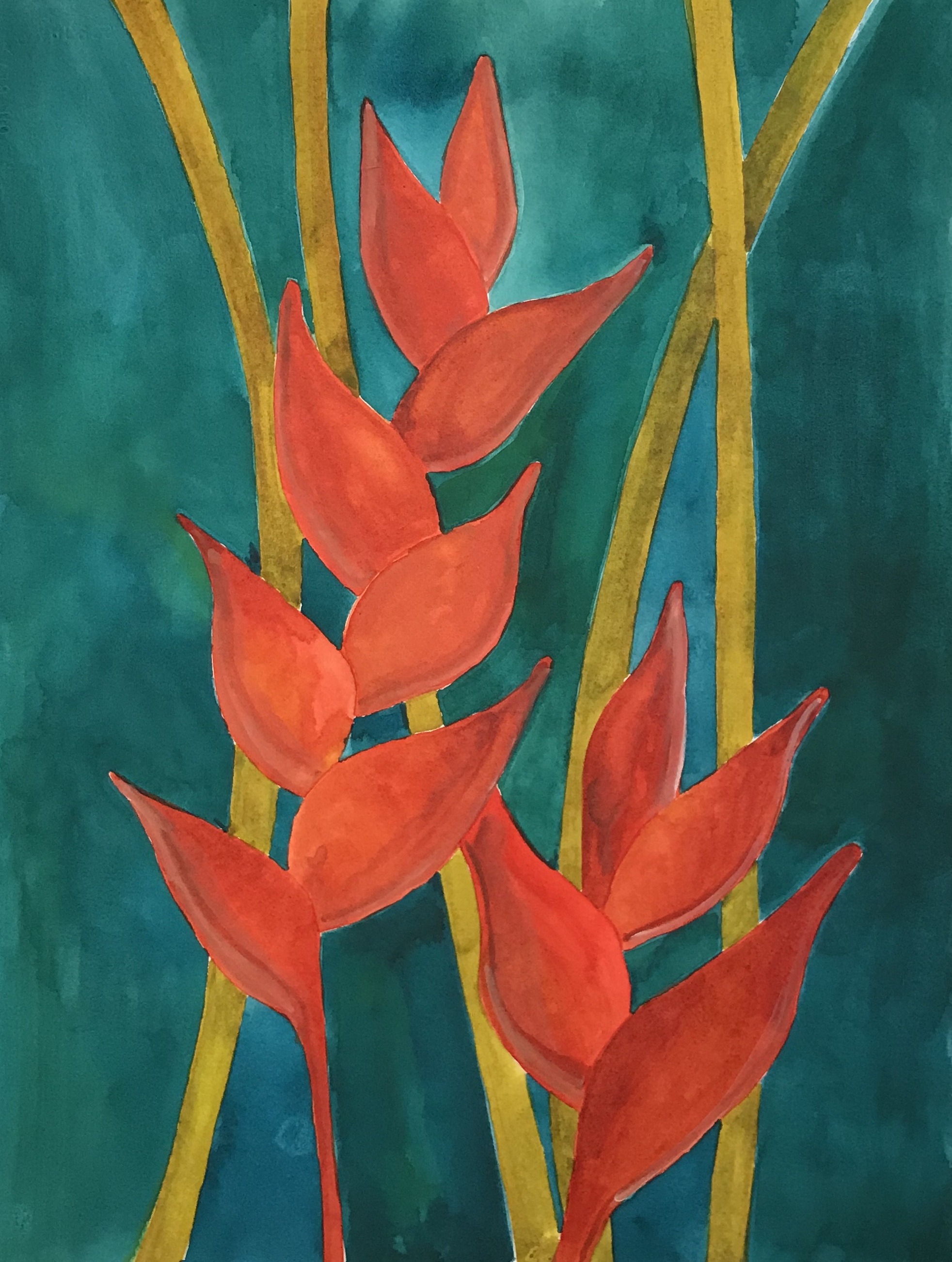 Here are the two pieces that were used on the show.  These collages measure 8 x 10 inches and matted prints are available for sale.

Five of my wax paper landscape paintings are on display at the Shute Park branch of Hillsboro Public Library until April 30, 2015. These paintings were created with no preliminary drawings.  Instead, splotches of thick watercolor pigments were flattened under sheets of wax paper to create the shapes and textures of trees.

Ten of my textured wax paper paintings are on display at the Orenco Station New Seasons Market during the month of October.  I am pleased with how they look against the orange walls in the store’s cafe area.

These paintings were created with very little brush work and no preliminary drawings.  I applied thick splotches of watercolor paint to paper primed with matte medium, and then pressed sheets of kitchen wax paper into the paint.  The resulting textures and colors inspired the creation of these landscapes, which I named after trees and parks in the Orenco Station neighborhood of Hillsboro. 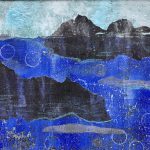 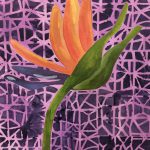 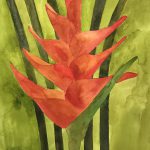